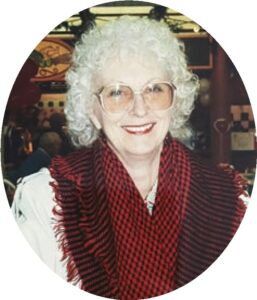 Betty was born on 27th July 1931 in West Ham, the eldest daughter of Ernest and Queenie Sims. She was followed by a sister, Angela. During the war she was evacuated to South Wales, which she loved, and later the family moved to Burnt Mills Road in Basildon. She attended Brentwood Grammar school, and her first job was at the Daily Mirror. She married Edward Judd, a building contractor, at Nevendon Church in Basildon in 1953 and then took a job as a doctor’s receptionist. Their first daughter, Ingrid, was born in 1958 and their second, Lisa, in 1962. They were also to have six grandchildren. After working as a teaching assistant she decided to train as a teacher, and spent 40 years teaching – she loved it and was well respected for it. After her husband died in 1991 she met Ian, who became her partner for the next 12 years. Her many leisure activities included travel and attending Humanist conferences. She also wrote a history of Basildon. 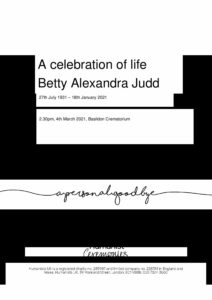 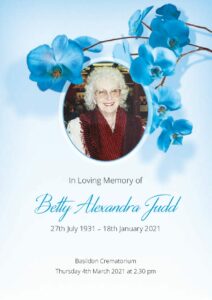