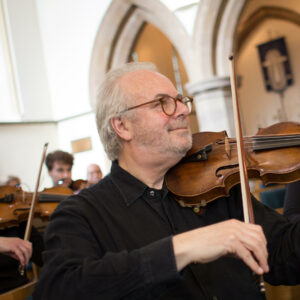 Paul Schatzberger was born in 1950 in Manchester to Rosie and Marc, and he had a younger sister, Lesley. Paul attended Manchester Grammar school, and then spent a year on a kibbutz before studying medicine at University College London, starting in 1969. There he met his future wife, Angela. Paul qualified as a doctor in 1974 and became a GP in 1978. He and Angela had Tom in 1979 and then Katy and Becca. Family life started in Stoke Newington, London, but in 1983 they moved to Sheffield. Not long after, Paul trained in Public Health and became Primary Care Trust Director in 1987. As a keen and talented photographer, he regularly exhibited his photographs. He was also an accomplished violinist and had considered making it a career, but remained an amateur, playing with the European Doctors’ Orchestra and the Hallam Sinfonia. 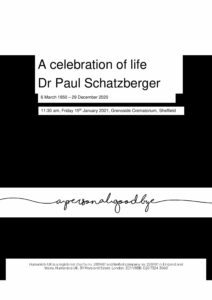 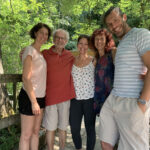 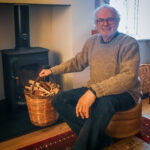