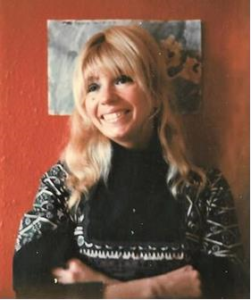 Pru was born in Cudworth near Barnsley, one of four children. Her siblings were Mick, Sue and Hilary. Their father worked for the Coal Board and their mother was a teacher. Pru attended the local convent school followed by Notre Dame Catholic Girls Grammar school in Leeds. In 1964, after art school, she studied for a degree in English Literature and Education at York University which led to a teaching career in further education, and later prison education. She had met Alan while at art school and they married while at university, setting up home in the village of Naburn. They then lived in Greece for a time before returning to Yorkshire and had two daughters, Selina and Georgina. Alan died while the girls were away at school. Once they had grown up, Pru returned to Greece to teach English as a foreign language. In retirement she was able to indulge her passion for art and became an active campaigner in her local community. She also enjoyed time with her grandchildren, Mark and Juliet. 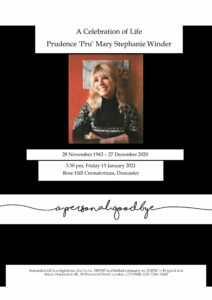 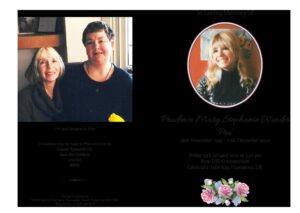