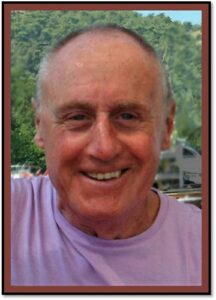 Joe was born on the 1st. July 1940, in Islington, the youngest of Gladys and Charles ten children.  Charles, Pa, worked as a fish porter in the mornings and in the theatre at night with Ma. Joe, like most of his family, worked in the theatre. He started work at the Sadler’s Wells Theatre and then went on to be prop master at the English National Opera Company (ENO) at the Coliseum in London. He worked at the “Collie” for most of his career, with his brother Jimmy. He loved a few laughs and a prank with his colleagues Little Ray “Irish”, and the Liddell’s Harry, Terry (whom he took under his wing and treated like a son), and Danny and spent many a happy hour at the “Lemon Tree pub”, next to the stage door. He married Joan Sevei in 1967, after 12 years they separated and subsequently divorced. He met Anne in 1980, at the “Collie” and they bought their first home together in 1982. Joe became a great stepdad (Pops) to Michaela, Natalie, and Coral. Anne and Joe separated in 2006 divorcing in 2010. They became friends again in later years. Post retirement, Joe did some cabbing around Southend and then worked for Enterprise delivering cars for hire. He threw himself into the University of the Third Age (U3A) and continued to travel. Joe was especially close to his brothers Jimmy, Jeff and George and his sister Joyce, enjoyed the company of others and was a great storyteller. He died on 30th December 2020 in Southend. 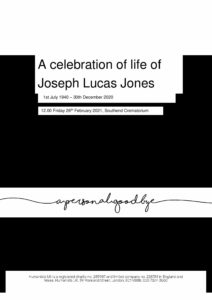 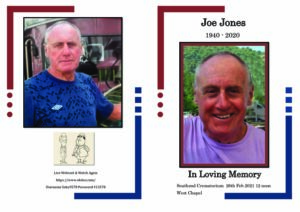