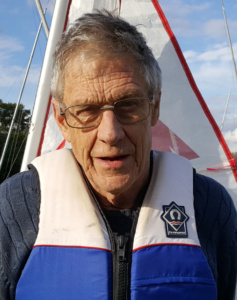 Thomas ‘Tom’ Frederick Hering (1935 – 2021) was born on 7th April 1935 in London to Frank and Kitty. He had two sisters, Anna and Norah. Tom was sent to boarding school from the age of four. Tom’s mother remarried in 1943 and had another son, Martin. In 1949 he went to Quintin Grammar in London and lived with his father and stepmother, Lotte. After completing four A levels, he worked for a year as a technician at the Royal Free Medical School. He went to Magdalene College, Cambridge in 1953 and obtained his BA in Natural Sciences. He stayed at Cambridge to complete his PhD. In 1959, Tom began work for the Nature Conservancy Council, at Merlewood Research Station, in the Lake District, where he met Jenny Dewhurst. They were married in 1963. In 1965, he was appointed Lecturer, and later Senior Lecturer, at the University of Nottingham where he worked until his retirement in 1990. He had two daughters Ruth and Caroline. Jenny died in 1983. Having joined the British Mycological Society in the 1960s, in 1986 Tom set up the Leicestershire Fungus Study Group and was the Leicestershire County fungal recorder. He published a number of papers in distinguished journals. Lynne Mansell-Long was his companion from 1996 until 2018. He had two grandchildren, Arthur and Dan. Tom enjoyed sailing, skiing, walking, mountaineering, creative writing, painting and was a volunteer at the National Trust for over 20 years. Tom was diagnosed with pancreatic cancer in January 2021 and died on 15th December 2021. 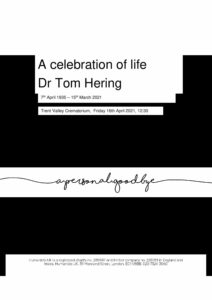 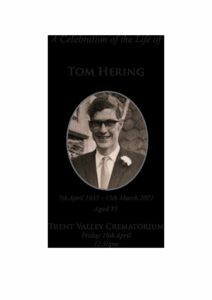