George Edward Moore was born on 10th January 1947 to George and Isa.  Known as ‘Nobby’ by his older sister Renee and younger sister Anne, George was brought up in Bow, London, and later Dagenham, where he attended Eastbrook Secondary School.  At 15 he was apprenticed to a local butcher.  Meeting his future wife Sandra at a dance hall, in 1968 George and Sandra migrated to South Africa where George started working in the butchery department of Stuttafords, Cape Town.  After two years they moved to Durban and toured Swaziland, Lesotho, Zimbabwe and Mozambique before returning to England.  Setting up home in Tilbury, George returned to working as a butcher.

In 1974 George and Sandra made their way overland to Australia via Europe, the Middle East and India.  They lived in Perth for a year before moving to New Zealand then settled in Sydney.  After a few years they returned overland to the UK, taking their time to explore the Far East, India and Crete.  Returning to their home in Tilbury, George started working in Asda where he stayed for 27 years.  In the 1980s, George and Sandra travelled to Miami and toured South America before spending a few months in the US and Canada.

George and Sandra married in 1979 and in 1985 their daughter Edwina was born.  At the age of 48 George suffered a serious stroke but continued to enjoy travelling, returning to South Africa several times with Edwina and her husband Tom.  George loved being a dad and grandad to Rose.  He died on 15th April 2021. 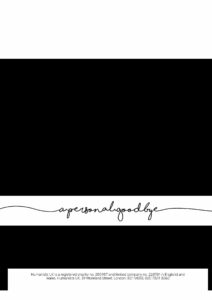