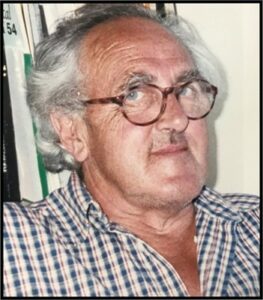 Bill was born in Lambeth, London, on February 4th 1933 to Bill and Renee Harbord. Jacqueline, his sister was born eleven years later. Bill went to Loughborough Junction school until the family briefly moved to Whitstable to escape the bombing, and then to Galt, Ontario, Canada. In the early 1950s while on National Service with the RAF on Hayling Island, Bill met Enid and they married in 1966. They had three children, Graham, Alexandria and Vicky.

Bill worked as a porter at Philips Auctioneers in Bond Street, which led him to join his parents in the antiques business, based in the Portobello and Bermondsey Markets. He took up Judo, achieving a Black Belt second Dan and became a Judo coach for the London County Council and later, undertook youth work and taught self-defence to women in Brixton.

Bill was a man of contrasts: he never took life seriously, he enjoyed being controversial and lived in the moment, but he was an intelligent businessman and an autodidact, reading up on art and history. Leading a full life, Bill always had time for his many friends and dog companions. He was devoted to his wife, children, grandchildren and great-grandchild. 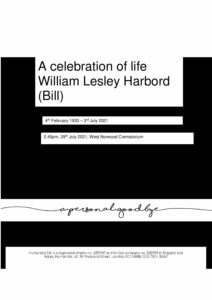 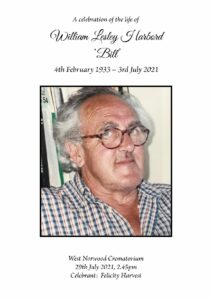