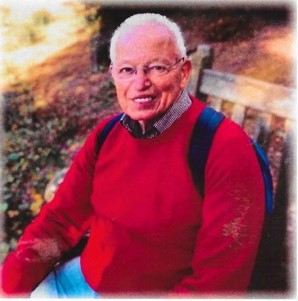 Robert Desmond Luck, known as Bob, was born in Caterham, Surrey to Gwen and Desmond Luck on 6th August 1942, the eldest of four children. He attended Caterham Hill School before joining Peugeot cars as a mechanic at the age of fifteen. Bob transferred his mechanical skills to the aeronautical industry working for a number of companies including Hawker Sidley and Dan Air, before moving to Singapore Airlines where he worked on Boeing 707s and 747s.  Returning to the UK, Bob worked for British Caledonian which became British Airways, where he worked until he retired.

A keen sportsman, Bob played rugby for Haywards Heath. While living in Singapore Bob took up running which he continued for 40 years, encouraging his family and friends to join in.  He ran marathons in London, New York, Jersey and Helsinki and ran Team South Down relays for Brighton Hash. In his late 40’s Bob started competing for Great Britain in duathlons and triathlons, winning a bronze medal in the long-distance World Championships. Bob’s other loves were motorbikes – he first owned a Gold Star, followed by Ducatis, amongst others, and cars, building his own Midas and attending motor racing at Brands Hatch, Silverstone and Monaco.

Bob married Sheila in 1965 and they had two children, Helen and Ivan, and five grandchildren. His last seven years were spent happily with his partner Christine, with whom he indulged another interest – constructing a miniature railway in the back garden. 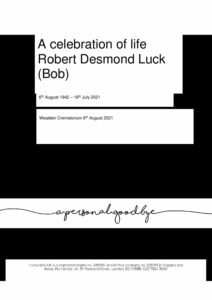 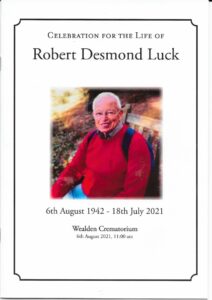