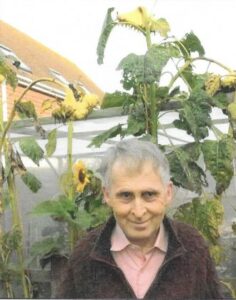 Known as Clive as a young man, George Veness was born in Tunbridge Wells to Jack and Olive on 4th September 1947, and had a sister, Sheila. He studied engineering, but gave that up to follow his passion – music, initially working in Tottenham for George Rogers Ltd, a piano maker. George was a gifted keyboard player and had a fascination for pianolas. He was an active member of the Player Piano Group of Great Britain.

As a skilled craftsman, particularly in wood, his specialities were creating music stands and clavichords. For pleasure, George not only made his own instruments but also restored many, including pianos, dulcimers, recorders, and his hurdy gurdy. George created a notable collection of historic instruments known as The Stanhope Collection (now a charity). He had many other interests, including singing, dancing, gardening, cats, Winchelsea Beach, Austin Sevens and all things French, all of which brought him much joy and many friends. 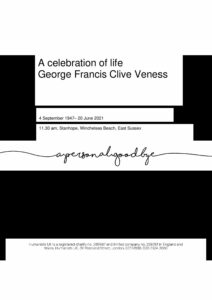 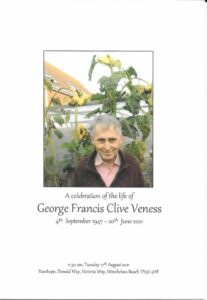