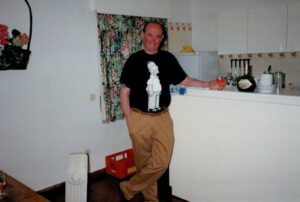 Stephen Frederick Riches (1958 – 2019) was born in Kent to Ruth and John Riches. He had three older brothers, Robert, David and Colin. In 1960, the family moved to Lound in Lincolnshire, where Stephen went to the local primary school. In 1968 they moved to Ringshall in Suffolk and Stephen attended Stowmarket Grammar School. After school, Stephen went to work at Taylor Barnard, in Mendlesham. Stephen suffered kidney failure at the age of 17. He needed dialysis at Addenbrookes Hospital three times a week until he received a kidney transplant. He left Taylor Barnard in 1980 and went to work at the Co-op Dairy until he retired in 2008. In 1985, Stephen married Marion at Ipswich Registry Office. Stephen was a keen walker and loved to ride motorbikes. 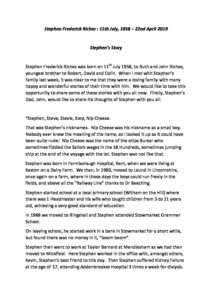 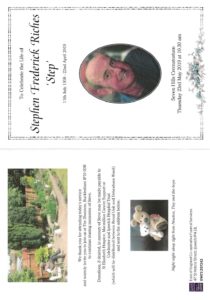 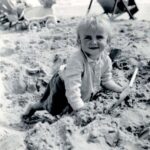 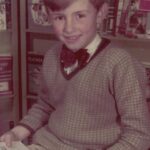 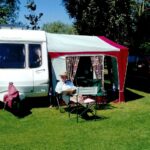 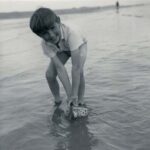 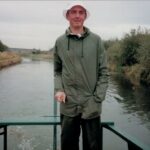 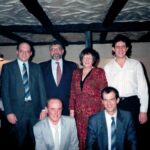 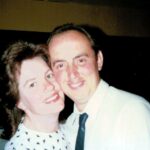 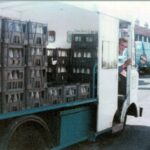 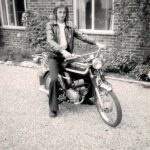 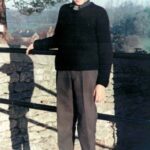 Celebrant and tribute contributor: Adele Chaplin
Tribute to Stephen Riches delivered at a Humanist funeral arranged by their family. Includes a digital copy of the funeral's order of the service and eleven digital photographs of Stephen (2019).